This bronze sculpture was created by an unknown artist as a replacement for the previous sculpture made of marble, by the Italian sculptor Emilio Gariboldi. The original bust was commissioned to Gariboldi in 1925 for a town square in Barinas City to commemorate Jose Antonio Paez (1790-1873), one of the heroes of the Independence War in Venezuela. Gariboldi’s sculpture was stolen on an unknown date before 1970 and replaced with this bronze copy, sometime after 1970. 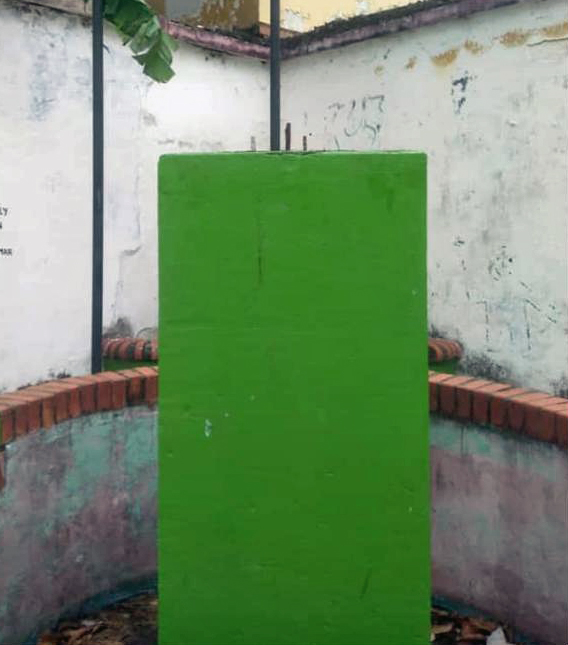 Pedestal without the bust of Jose Antonio Paez, stolen in Barinas on March 17, 2019. Image: Jose A. Perez Larrarte, Facebook.